1919 is the year of the first transatlantic flight, and the year in which we started our adventure in aerospace and defence industry. Born as the avionic division of FIAT, we walked through history as FIAT Avio, Marelli Avio, Simmel Difesa and then, in 1998, we eventually became ASE, aprivately owned company. Our story reflects the incredible challenges that humanity faced in the last century, and the capacity to successfully face them. We’re one century old, and we still feel the enthusiam coming from the challenges of a fast changing world.
The past is important, and we make it our treaure. We build our future everyday, and we strongly want it to be cleaner and greener: our R&D efforts are put in making our products lighter, combining light-weight with the highest reliability, through the use of innovative materials. A lighter unit means minimizing fuel consumption, for a cleaner sky and a cleaner future. We’re proudly working on a project, part of UE’s call“Clean Sky”, to develop a cleaner future.

Leader in electrical power generation systems for the aerospace and defence industry.

We are a privately-owned italian company leader in designing, developing and manufacturing electrical power generation and distribution systems for the aerospace and defence industry.

Located near Malpensa airport, Milan, our headquarter and productive plant is 15.000 wide. ASE is one of the most important members of Lombardy Aerospace Cluster. Thanks to our 100 years history, we are one of the most qualified and experienced partners in aerospace and defence market for suppling electromechanical and electrical equipment for both aircraft and ground defence vehicles.

The products designed and developed by us have been selected by European and World-wide leading companies for more than half a century to power their projects.

Our origins date back to 1919, with the foundation of Magneti Marelli Group, one of the most important italian companies at time. The design and the production of electromechanical and electrical equipment for fixed wing aircraft, rotary wing aircraft and ground defence vehicles began in 1946, when the company took the name of Magneti Marelli Avio division. The activities in aerospace began with the manufacturing under license of the Electric Power Generation System and Electronic Ignition Unit for the F104S program. The company become independent with the name of Magneti Marelli Avio in 1987 and experienced a period of fast growth; it started to be engaged in the most important National and European programs with its own developed products.

The company took the name of Magneti Marelli S.p.A. and then it became Fiat Avio S.p.A.; the company belonged to Fiat Group until 1998, when it became a privately-owned company, with the current name of ASE S.p.A.
Thanks to continual investments in the development of new products and strategic partnerships, we could to establish ourselves firmly not only in the Italian, but also in the European, Middle and Far East Aerospace and Defence market.
In 2009 a transfer of ownership, followed by a radical management reorganization, marked a turning point in the history of ASE, opening a new era of expansion based on investments in design and management information systems, production and test equipment, and an increase of human resources, particularly in the areas of design, quality control and laboratory testing.

Today ASE is ready to take on the challenge of the next decade with a good backlog of projects in development and a rich portfolio of programs.

The constant pursuit of innovation and technological excellence supported by long-term investments are part of our past and the premise to our future.

The mission of ASE is to offer edge solutions in high quality, low weight and reliable Electrical Power Generation and Distribution Systems.

Investment in research and technology and a team of dedicated and experienced employees are the key to the success of ASE as a world-class supplier of its electromechanical and electrical equipment for the Aerospace and Defence Industry.

The selection of ASE as “partner of choice” for the most recent and modern National and International fixed, rotary-wing and defence vehicles is based on its ability to offer innovative solutions and customized reliable products delivered on time and at competitive prices.

Innovation comes from a long experience.

We can take pride in a strong competitive advantage in engineering capabilities for the design and development of electrical power generating and distribution systems; we can benefit from a remarkable amount of available field data and product experience that we gained over the decades.

A young and dynamic team of engineers guided by senior executives and supported by the latest software technology for design & drafting and by dedicated internal test facilities and rigs for development & qualification and reliability & safety allow us to satisfy demanding world-wide customers and the most stringent requirements of aircraft specifications.

Concurrent engineering and continuous process improvement enable us to provide worldwide aerospace and defence companies with proven integrated electromechanical and electrical systems, paying particular attention to the selection of advanced technology and materials.

We are particularly focused on finding the best solutions in terms of product innovation and optimization with regard both to performance and reliability and to maintainability, weight, cost and environment. We regularly take part in national and European R&D programs and we often work together with the most prestigious national universities on the development of new technologies and innovative assets.

We’re active members of some of the most important italian associations in aerospace industry. 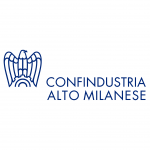 ASE is a historical member also of the Italian Industries Federation for Aerospace, Defense and Security (AIAD) and contributes through its participation in several working groups. 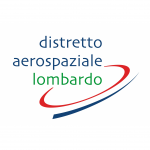 Our values and rules.

Our Code of Ethics formally defines the set of fundamental ethical values and rules of conduct to be adopted and respected by the company’s management, employees, consultants, co-workers, suppliers, business partners and anyone working on behalf of the Company.

This Code of Ethics, approved by the Board of Directors, is an integral part of the Company Organization, Management and Control Model, defined and adopted by the Company, pursuant to the Italian Legislative Decree 231/2001.